This report provides case studies from agencies illustrating ROI following the provision of brand identity services, as well as data points related to the value of brand identity work. The majority of firms demonstrate ROI by showcasing the success of their clients rather than directly stating ROI (with Intengo’s case study and a dated JetBlue case study being the exceptions in this report). In some cases, firms highlighted outside success stories to demonstrate the ROI of brand identity work (such as two case studies from BarnRaisers), and these case studies were included as well.
Brand value represents approximately one quarter of the intangible asset value of a company with stronger brands commanding price premiums. The value of a brand’s identity is rising. For brand identity work, most industry specialists are turning toward brand work to improve customer engagement and develop targeted marketing strategies, particularly on social media. 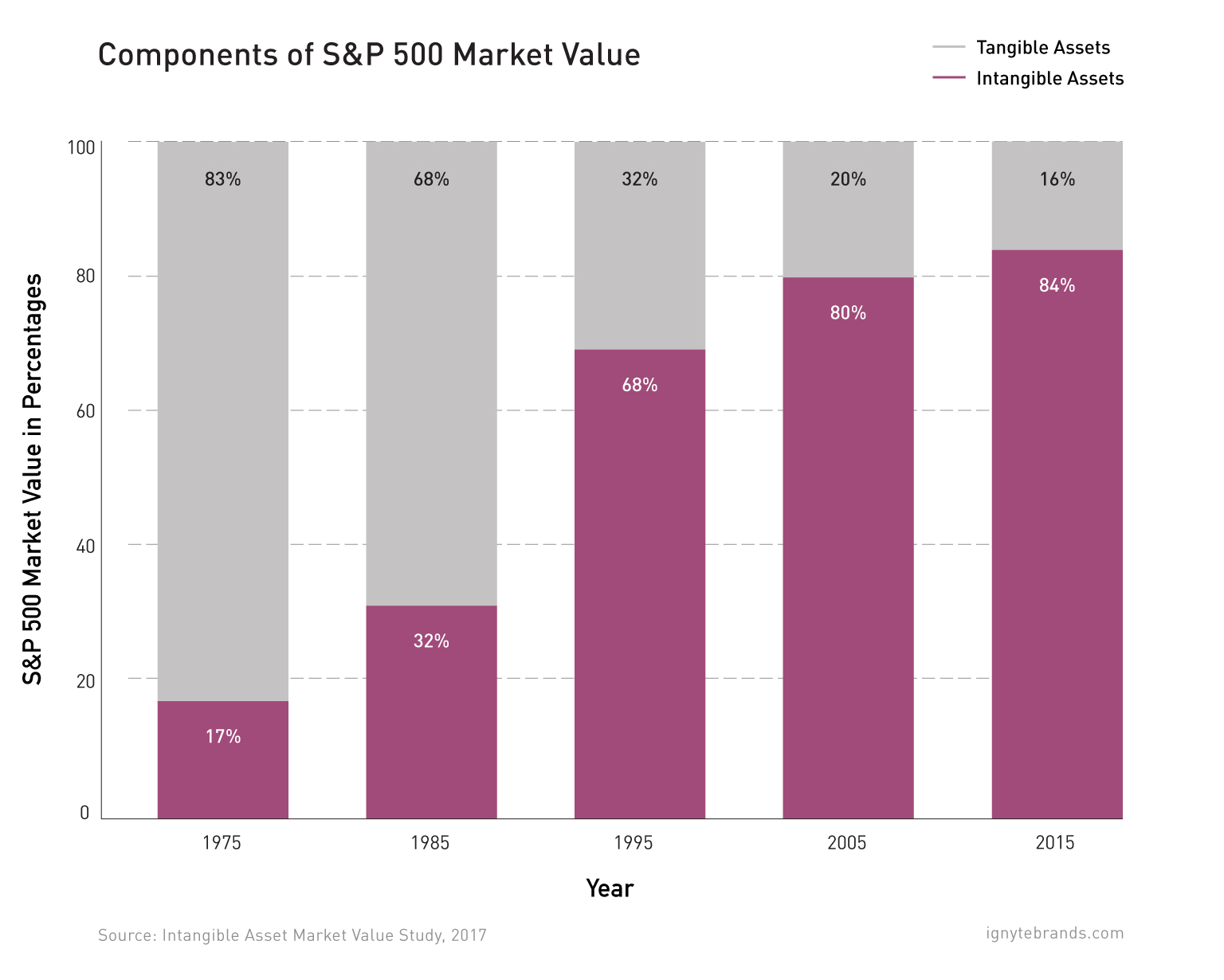